Just when you think you’ve exhausted every option for making your favorite treat a new spin on a recent classic comes up. These RumChata Hot Cocoa Bombs are a delicious adult treat!

Cocoa bombs are great, but it took far too long to realize that they can be even better with the creamy rum based liqueur known only as RumChata. If you don’t know what I mean, read on and I’ll tell you all about it and why I love it for my hot cocoa bomb recipes.

Why Are RumChata Hot Cocoa Bombs So Fun?

This fall and winter has been so amazing, if for no other reason than the fact that I am up to my eyeballs in cocoa bombs. I love hot cocoa bombs. Everything about them is so fun and light and vibrant.

They really encapsulate (no pun intended) what I get most excited about in winter. Hot cocoa is good enough on its own. It’s warm, it’s comforting. Hot cocoa just makes things better on a dreary day or when the harsh elements of snow and rain take a nastier turn. Hot cocoa melts away the frostbite and radiates with a cheerfulness that lets us see the beauty in winter.

As if it wasn’t enough to drink sippable chocolate on a cold winter’s day, along came the phenomenon called hot cocoa bombs. These are the ultimate hot chocolate, because you can pack them however you like and then watch them melt and bubble up like little toys in a cup of steamed milk. They are part play, and part beverage.

They are entertainment plus a treat all in one. Also, they make splendid decor. A big transparent jar of cocoa bombs, especially the liquor containing RumChata hot cocoa bombs handily replaces the traditional cookie jar.

So, they are fun to make, fun to store, fun to watch and of course they are the most fun to drink. That’s why cocoa bombs absolutely made my fall and winter and I’m hoping once you add this RumChata hot cocoa bomb recipe to your arsenal, it will be one of your new favorites, especially as a pleasant way to unwind after a long hard day at work.

These hot cocoa bombs are not only incredibly amazing but they are so delicious! And RumChata Hot Cocoa Bombs are so easy to make. And we all love easy and fun treats don’t we?!

What’s great about cocoa bombs is that they’re all made the same way, but the possibilities are endless. You need a shell, which you make with a silicone mold. You make the shell out of melted chocolate which you chill in the mold. The molds turn out hemispheres (half-balls) of hardened chocolate, which you then need to adhere to each other to make the bomb. However, not before you fill it with magical contents.

It’s the contents of the cocoa bomb that make each recipe unique. You can model these bombs after your favorite candy bar, or cereal. You can incorporate blends of different kinds of chocolate, experiment with sauces and fruit glazes or syrups. If you can put it in a ball and it will desalt it will work in a cocoa bomb. One of the least explored, but best uses of a cocoa bomb is to introduce a liqueur to the mix.

Hot chocolate is a terrific drink to spike with alcohol, especially if you have the right liqueur in mind. Lots of options go fantastically well with chocolate, but I like to also play off of the creaminess of the beverage and just the edge off of the taste of liquor. To do that my alcohol of choice is RumChata. If you haven’t tried it yet. There is no better introduction to this somewhat newly popular drink.

Cocoa Bombs are often delicious no matter what you put in them. Sometimes you might get it wrong, but experimenting is half the fun. Plus, what’s wrong? cocoa bombs are a little bit like pizza. Even bad pizza is pretty okay. However, if you specifically want to make a boozier hot cocoa mix, I highly recommend adding RumChata to the ingredient list.

RumChata is the star ingredient in this cocoa bomb recipe and after trying it myself, I have to say the RumChata cocoa bomb is my favorite way to mix alcohol into the chocolate treat.

As you may have guessed the alcohol in Rumchata comes from rum. This is such a great choice for this kind of beverage. It’s simple and it has a nice element of spice. Plus, the creaminess of the liqueur makes the alcoholic bite more mild. You can definitely taste the rum, but it’s a much more fluid blend with the rest of the cocoa so it doesn’t taste like it was just added for the alcohol. In short, RumChata with its silky smooth texture and notes of cinnamon are just begging to be a part of a rich chocolatey cocoa bomb blend.

Where Does RumChata Come From?

Weirdly enough, this bottled beverage named for its combination of rum and horchata is made in Wisconsin. It is the dairy capital of the United States after all. Although traditional horchata does not have real dairy, Rumchata does. However, due to the way it is homogenized, it is shelf stable and does not need to be refrigerated even after you open it. The fact that RumChata outlasts other creamy liqueurs is another reason why it has quickly risen to the top of the line. Besides the Wisconsin dairy cream giving it a distinct edge, Rumchata also gets made from five times distilled Columbian rum.

Other Creamy Liqueurs to Use in Cocoa Bombs

f you like the idea of an alcoholic cocoa bomb that uses creamy liqueurs, you don’t have to stop at RumChata. Although the rum based cocktail mixer is my top choice, you can also explore with the other top selling cream liqueur Bailey’s Irish cream. This whisky infused creamer has more chocolatey notes, although Bailey’s does have a cinnamon vanilla flavor that more closely matches the profile of Rumchata. A third option for a creamier booze to add to your cocoa bomb is Kahlua.

So yes these hot coco bombs are really amazing.  They are so good, and they’re so easy to make.  When you pour the hot milk over them, they melt, and bubble, and add such a special treat to a drink that everyone already loves!  These are really fun to serve, because they make such an effervescent wave in the cups, and it’s sure to be a real surprise to anyone you serve. Trust me, keep this one in your favorites! 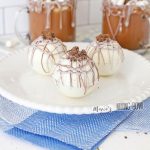 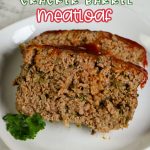 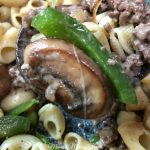 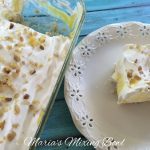 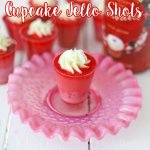 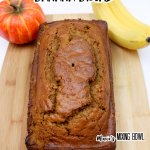