These delicious Samoa Cheesecake Bars are a sweet and tangy treat you’ll adore. A shortbread crust is topped with cheesecake and a coconut and dark chocolate sauce to die for.

If you’re a regular reader, you know that we love making cheesecake in all its many forms. From no-bake to mini, traditional, and cheesecake bars, if it has cheesecake, we’ve probably made it. One of our favorite cheesecake treats to make when we want something to really knock everyone’s socks off is these Samoa cheesecake bars. We love to serve them at parties, potlucks, and for dessert “just because”.

These cheesecake bars combine the sweetness of shortbread, the sweet and tanginess of cheesecake, and a topping made of coconut, caramel, and dark chocolate. It’s a super-rich, decadent dessert that ticks all the boxes and leaves every single tastebud and sweet tooth in your mouth satisfied. It’s the kind of dessert that leaves you fully satisfied with only one piece. But you still eat another one…

You only need a few simple ingredients to make these tasty cheesecake bars. You’ll have most of the ingredients in your kitchen already, and the ones you don’t are all easily found at your local grocery store.

As a fully homemade baked cheesecake dessert, this recipe has several steps. However, when you break them down, it really is a relatively simple recipe.

Cream butter and sugar together until smooth using a hand or stand mixer. Then add the baking powder and salt and mix. next, add the flour 1/4 cup at a time, mixing between each addition until all ingredients are combined. Finally, add the milk and vanilla extract and mix until fully incorporated.

Form the dough into a ball and place it on a piece of plastic wrap. Then flatten it into a disc and tightly wrap it in the plastic wrap. Chill in the refrigerator for an hour.

Remove the dough from the refrigerator and let it sit for 5 minutes. Then, gently press the dough down into the bottom of a prepared 9×9 cake pan to create an even layer. Bake for 6 minutes at 350 degrees.

Remove the dough after 6 minutes and evenly distribute dark chocolate chips over the crust. Then place it back in the oven for 5 minutes. Then, remove the crust from the pan, evenly spread the chocolate over the crust with a spatula, and leave the oven at 350 degrees for the cheesecake.

Beat cream cheese and sugar in a large mixing bowl until creamy and smooth. Then, add the vanilla extract and eggs, mixing again. Finally, add the marshmallow fluff and mix until well incorporated.

Pour the filling over the chocolate-covered crust, evenly distributing it. Then, bake at 350 for 20 minutes.

After 20 minutes, turn the temperature down to 200 degrees and bake for another 30 minutes or until the center is set. DO NOT open the oven door.

When the coconut is cool, place it in a bowl and add 1 cup of caramel sauce, mixing until fully combined. Then pour the mixture over the cheesecake, distributing it evenly, and set it aside.

Add 1/2 cup of dark chocolate chips and the heavy whipping cream to a microwaveable bowl. Then, microwave for a minute and mix until smooth.

Drizzle the chocolate mixture over the coconut topping. Then drizzle the remaining caramel sauce over all. Chill the cheesecake for at least 3 hours. Then, cut into squares and serve cold.

You’ll only need a few simple pieces of kitchen equipment to make this recipe.

This is a relatively simple recipe to make, but there are some key tips here that are imperative to follow to make the best cheesecake bars possible.

NEVER Open the Oven Door – Don’t open the oven door until you’re ready to remove the cheesecake for the final time to let it cool. It’s imperative to leave it closed so the cheesecake doesn’t crack.

Full Softened Cream Cheese – Be sure your cream cheese is fully softened to get the smooth creamy texture you need for this recipe.

Mixers are Your Friend – Using a hand or stand mixer will make this recipe much easier and faster.

Store this cheesecake in an air-tight container in the refrigerator for up to a week. For longer storage, you can freeze it for up to a month.

If you love cheesecake, then we have some recipes that we think you’ll be excited about.

Where was cheesecake invented?
Unlike the popular myth, the cheesecake wasn’t actually invented in New York. Rather, the ancient Greeks first made the earliest known cheesecake around the 5th century.

These Samoa cheesecake bars are so good, and they’re less work than you might think. When you break down the recipe into steps, you’ll immediately see that it’s fairly simple to make and it is so, so decadent. Try it once, and you’ll find yourself making it again and again. 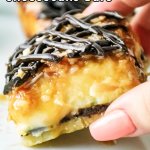 These Samoa Cheesecake Bars are loaded with the flavors of short bread, cheesecake, dark chocolate, coconut, and caramel. So delicious!

It is crucial to follow the correct baking and cooling directions to prevent cracks in the cheesecake.

Store in an airtight container in the refrigerator for up to 5 days. 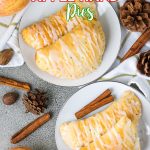 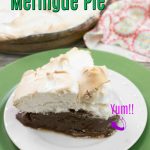 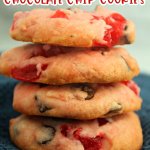 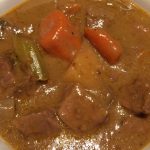 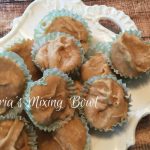 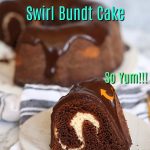