Cosmic Brownie Cheesecake is a rich, decadent dessert that combines the sweet, tangy flavor of cheesecake with all the delicious flavors that we love in our favorite childhood treat, the cosmic brownie. It’s a sweet combo that will satisfy anyone’s craving for a delicious dessert.

Who here remembers eating Cosmic Brownies as kids? If you answered “yes”, then you’re among the majority of people reading this who remember eating those tasty little treats. Cosmic Brownies have been part and parcel of childhood for as long as any of us can remember.

We remember eating them when I was a kid, and so do all our friends. There was something about those little chocolate treats that made everything better. If you were at the park, Cosmic Brownies made the park AH-mazing. An afternoon snack? Pass the brownies. Birthday parties? Oh yeah, get those brownies.

Of course, many of us never left our love of these packaged brownies behind, and that includes both of us here at Maria’s Mixing Bowl. We still eat them, and we’re not one bit embarrassed about it.

That love of Cosmic Brownies is what led us to create this Cosmic Brownie cheesecake recipe. It has everything we love about both cheesecake and Cosmic Brownies combined into one dessert that brings back all the memories and flavors of childhood and is still appropriate for almost any occasion.

This cheesecake is so delicious, and so easy to make.  If you love brownies, and you love cheesecake, this is a double treat!  You can make this ahead, leave it in the refrigerator and it’s ready when you need to serve it.  This recipe bakes up beautifully, and will be a real hit when served.  It’s as colorful as it is delicious.  Make sure to save this one in your favorites!

This Cosmic Brownie cheesecake is… out of this world. I had to… Seriously, though, it’s amazing. It all starts with a brownie crust to get things off on the right brownie-licious foot. After that, a thick layer of cheesecake loaded with bite-sized pieces of Cosmic Brownies comes next. Finally, the entire thing is finished off with a garnish of vanilla frosting and more Cosmic Brownie pieces around the edge of the cheesecake. It’s pure Heaven in every single bite!

Taking a bite of this delicious cheesecake is like taking a bite of childhood. That chocolaty brownie crust pairs perfectly with rich cheesecake and Cosmic Brownie bits, and the vanilla frosting and Cosmic Brownie pieces on top really take it to the next level. It’s a magical combination of childhood flavor and an adult dessert that can’t be beaten.

It takes a few ingredients to make this Cosmic Brownie cheesecake, but don’t let that fool you, this is an easy recipe. You’ll find everything you need conveniently located in the baking aisle of your grocery store and in your kitchen. You’ll find most of it in your kitchen, actually. That’s how simple the ingredients are. Here’s what you’ll need.

For the Brownie Crust

It takes a few steps to make this delicious cheesecake recipe, but they’re not difficult at all. When you break this recipe down into steps, you can immediately see that it’s a relatively easy one to make. You’ll find the complete recipe with amounts and times in the recipe card at the end of this post, but take a look at the recipe overview below, and you’ll see how easy this cheesecake recipe is to make.

Those are a lot of steps, to be sure, but if you look at them, you’ll see that they’re basic baking methods that don’t take long at all. This recipe is actually far easier than all of those bullet points might lead you to believe!

The steps for this recipe are easy, but as anyone who’s made cheesecake knows, it can be finicky. Luckily, these tips will help you make the best Cosmic Brownie cheesecake possible without incident! They’re easy tips that make a huge difference in your recipe, so be sure to read them over.

Use a Water Pan When Baking

Cheesecake can crack while baking. To make sure that doesn’t happen, place a small dish of water on the bottom rack of the oven. The moisture from the water as it heats will help keep the cheesecake from cracking.

To ensure that your Cosmic Brownie cheesecake comes out perfectly, it’s vital that you follow the baking temperatures and times exactly. In addition, don’t try to rush the recipe by taking the cheesecake out immediately. Allow it to cool in the oven exactly as directed in the recipe, and everything should come out perfectly.

It’s important that you thoroughly soften your cream cheese when making this recipe. If cream cheese isn’t softened fully, it will lead to a lumpy batter with chunks of cream cheese.

Room temperature eggs combine more easily in mixtures, and they allow cake and cheesecake batter to rise as they should. Your cheesecake won’t be ruined if you use cold eggs, but it will be so much better if you let them come to room temperature.

If you don’t have time to wait or if you forgot to take them out ahead of time, you can put your eggs in hot water for about five minutes to get them to room temperature.

This is such a specific cheesecake recipe, I don’t recommend making any variations. If you change the recipe at all, you might as well just be making another recipe. That’s how much all the flavors depend on one another. That being said, there is one thing you can do when making the cheesecake – changing the size of your brownie pieces.

You can make a cheesecake with chewier bites by making your Cosmic Brownie pieces larger. You can also cut them up into smaller pieces to make more of a candy-filled feel to the recipe.

This cheesecake is perfect for a special weekend dessert or birthday party. It’s also a welcome addition to potlucks, barbecues, and even holiday gatherings for an extra sweet treat!

This cheesecake will keep well in the refrigerator for about five days in an air-tight container. For longer storage, you can freeze this cheesecake for up to two months. To freeze the cheesecake, place it on a cardboard round and then wrap it in cling wrap and foil. Be aware that freezing cheesecake leads to a slight change in texture.

Cosmic Brownie Cheesecake is Out of This World

OTHER DESSERT RECIPES YOU WILL LOVE: 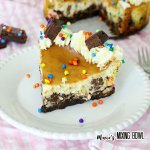 FOR THE BROWNIE CRUST: 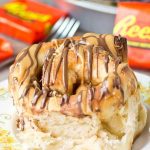 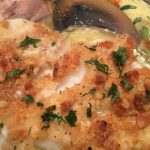 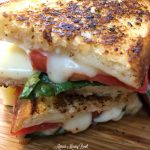 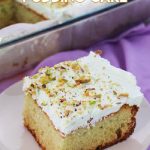 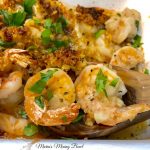 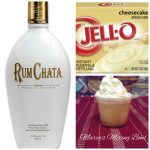