Pineapple Coconut Poke Cake is moist, delicious, and so easy to make. This tender cake is super easy to make but tastes like you spent hours in the kitchen. It’s a dessert that they’ll love to eat and you’ll love to make.

When you think of the best cake you’ve ever had, what comes to mind? For us, it’s always coconut cake. Rich, decadent, moist, and filled with the flavors of the tropics, we just can’t get enough of that tasty cake. In fact, we make it all the time. It never gets old.

Today, we’re sharing a super simple coconut cake with you. Thie pineapple coconut poke cake has all the flavors we love in a coconut or coconut pineapple cake, it’s super moist, and it has the added bonus of being so simple. It really doesn’t get much better than that!

One of the things that makes pineapple coconut poke cake special is the pineapple mixture. Boiling it on the stovetop with some sugar adds a special over the top flavor. We tried just pouring it from the can and although it was very good it just was not good enough. Cooking the pineapple on the stovetop for a few minutes is important.

We use this same method on our Elvis Presley Cake. It is one of our most popular recipes on our blog. And one of the most requested desserts for family gatherings and pot lucks.

Traditionally, a cake is a sweet baked food made from flour, sugar, and various other ingredients. In their oldest and simplest form, cakes were actually modified bread. These days cakes are made in more ways than you can count, being as simple or as complex as the baker wishes. We even call certain desserts cakes that aren’t actually cakes, strictly speaking.

Over the years, the traditional cake has been tweaked, changed, and revamped millions of times to create all sorts of cake variations from trifles using sponge cake to a cake that was actually created as nothing more than a marketing tool. We think that’s an excellent transition to take us into the history of poke cake.

We already know where the cake itself comes from. Today, we’re going to talk about how poke cake came to be. This variation on the cake is relatively new and was made specifically to sell a product. However, this recipe is still around because it makes cakes oh, so moist. So let’s see where it came from.

Poke cake is the product of 70s marketing. Originally created to boost sales for Jell-O gelatin which was lagging at the time, poke cake was pure marketings.

Full-page ads for the new poke cake began appearing in all the usual periodicals that women read in the 70s like Redbook and Ladies Home Journal, touting the new cake innovation.

Poke cake quickly became the new favorite of housewives everywhere because of how easy it was to make, and soon these cakes became a staple of potlucks, holiday gatherings, and backyard bashes.

Fast forward to today, and although poke cake was devised in a board room rather than a kitchen, it’s stood the test of time. You’ll find an absolutely mind-boggling array of poke cakes online including this delicious pineapple coconut poke cake.

This pineapple coconut poke cake doesn’t have Jell-O gelatin in it, but it does use Jell-O pudding. This poke cake version of a traditional pineapple coconut cake is so rich and delicious. It’s extra tender and moist from the pudding that seeps into the holes, and it’s just plain easy to make!

This cake is perfect for potlucks, holiday get-togethers, backyard barbecues, birthdays – you name it, this pineapple coconut poke cake is the perfect dessert choice. It’s full of all the classic flavors we love about coconut cake, but with a fun little twist that everyone loves.

This pineapple coconut poke cake is a semi-homemade dream. It’s super easy to make, and it only takes a handful of ingredients. If you do any amount of baking at all, you probably have all the ingredients needed to make this cake already. If you’re not a frequent baker, all the ingredients here are readily available at your local grocery store. Here’s what you’ll need. Go to the recipe card for complete amounts.

That’s all there is to it. You’ll immediately notice that each and every ingredient is one that you’ve probably seen every time you’ve gone shopping. You’ll also notice that this ingredient list practically screams “easy”.

Everybody who reads our blog knows we love easy recipes. This cake is no exception!

Making this poke cake is just as easy as shopping for the ingredient. The only “cooking” – and I use the term loosely – that you’ll do is mixing the cake mix and baking it per the box directions and cooking the pineapple with some sugar for a couple of minutes. The rest is simply a matter of poking holes in the cake and adding the other ingredients.

That’s all there is to it. You’ll find the complete directions, along with amounts, in the recipe card at the end of the post, but here are the highlights.

That’s all there is to it. It’s literally a piece of cake!

Make the cake chocolate and the pudding butterscotch. Do the entire thing in vanilla. Get creative and mix things up even more. The choices are all up to you, and the sky’s the limit.

This is where it all begins. Since poke cakes use a boxed cake mix, you can drastically change your cake just by changing boxed mixes. There are dozens and dozens of different mixes in the baking aisle, so it’s easy to get creative.

Another easy change is simply using different puddings. If you’ve been in the bakery aisle for any reason, you know that there are a bazillion different pudding options out there. That makes it easy to change up your recipe in almost any way imaginable.

You can even change your Cool Whip! If you want to get fancy, make your own whipped cream to go over the cake. For an easier change, try any of the Cool Whip varieties out there. There are a few to choose from.

This poke cake uses crushed pineapple, but you can use other fruits in your poke cake. Berries are always a great choice, as are finely diced apples. As long as you don’t use something that has far too much water, you’ll be okay, so don’t be afraid to experiment.

This cake is pure deliciousness all on its own, and because it’s already topped with Cool Whip, there’s no reason to add a thing. All you need to serve this cake is a plate and a knife!

Try This Pineapple Coconut Poke Cake for Yourself

Give this pineapple coconut poke cake a try, and we’re sure you and your family will agree that it’s one of the best dessert recipes you’ve ever made. It’s so delicious and so easy, you’ll find yourself making it again and again. So grab your ingredients and get ready to make the tastiest and simplest cake ever! 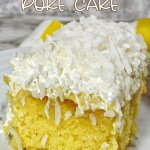 Pineapple Coconut Poke Cake is moist, delicious, and so easy to make. This tender cake is super easy to make but tastes like you spent hours in the kitchen. It's a dessert that they'll love to eat and you'll love to make. 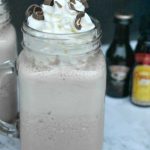 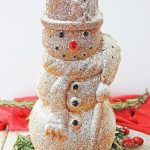 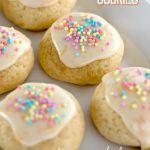 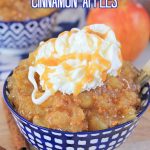 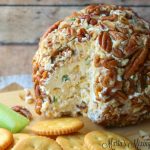 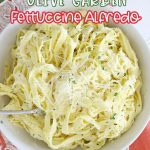