Cinnamon Roll Cookies combine two delicious sweet favorites into the ultimate sweet treat. This hybrid recipe of cookies and cinnamon rolls is filled with the sweet cinnamon goodness of cinnamon rolls and made into little tasty cookies.

Of all the recipes we’ve made over the years, these cookies have to be one of our favorite – and one of the most unique. These little guys puff up just like classic cinnamon rolls, and they have that classic cinnamon and sugar swirl that we all love. The only difference is that they’re in cookie form. We altered a cinnamon roll recipe to make the pastry portion more like a cookie and cut them thin to create these delicious cinnamon roll cookies.

These delicious bites really are a combination of cinnamon rolls and cookies. They’re not just cinnamon rolls that we sliced thinly. By changing the recipe a bit, we were able to give the cinnamon roll dough a more cookie-like texture which perfectly bakes up in the oven to make real cookies!

Made just like cinnamon rolls, these cookies have the classic cinnamon sugar swirl throughout them, making every bite a combination of a sweet, soft cookie and a cinnamon sugar blast that will have you coming back for seconds and thirds.

It only takes a few simple ingredients to make these delicious cookies. You might have everything you need in your kitchen already.

For the Cinnamon Swirl

The instructions for these cookies are as simple as the ingredient list. It only takes a few simple steps to make these.

Combine the granulated sugar and ground cinnamon in a small bowl and set aside.

Combine the flour, baking powder, and active dry yeast in a mixing bowl and set aside.

In another mixing bowl, beat the butter with the granulated sugar until creamy and fluffy. Then, stir in the eggs, vanilla extract, orange zest, and sour cream.

Divide the dough in half and roll each half into a 1/4-inch-thick rectangle. Then, spread half the cinnamon-sugar mixture onto each rectangle and roll each of them into a roulade. Cut each roulade into discs to make the cookies.

Hint: Make sure your yeast is fresh so the dough will puff up.

It only takes a few simple pieces of kitchen equipment to make this recipe.

This is a very simple recipe, but we have some tips that will help ensure you make the best cookies possible.

Fresh Yeast – Always be sure your yeast is fresh so the cookies will rise as intended.

Room Temperature Eggs and Sour Cream – It’s important to have your eggs and sour cream at room temperature to facilitate mixing and ensure the cookies rise well.

Softened Butter – Be sure your butter is fully softened so it creams well with the sugar.

Don’t Overbake – You might be tempted to leave these cookies in the oven longer, but be aware that they’re meant to be just golden and not too brown.

How long are these good for?
These cookies will last for about 3 days at room temperature or a week in the refrigerator.

Can you freeze cinnamon roll cookies?
Yes, you can. Place them in an air-tight, freezer-safe container in single layers with parchment paper between each layer and freeze for up to 3 months.

If you love cinnamon rolls, then we have some recipes that we think you’re going to enjoy. 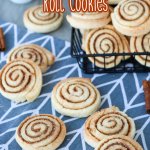 Cinnamon Roll Cookies combine two delicious sweet favorites into the ultimate sweet treat. This hybrid recipe of cookies and cinnamon rolls is filled with the sweet cinnamon goodness of cinnamon rolls and made into little tasty cookies. 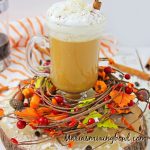 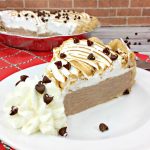 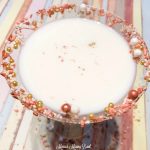 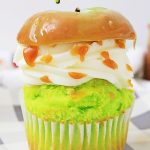 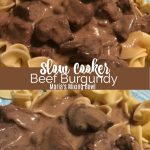 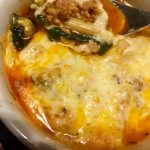