This Caramel Apple Cinnamon Roll Recipe is an ooey-gooey taste of fall if ever there was one. Tender dough is swirled with a caramel apple cinnamon mixture and then topped with more caramel to create a deliciously sticky cinnamon roll recipe that will bring everyone back for more.

It’s fall y’all, and we all know what that means – tons of pumpkin and apple recipes! We’ve made our fair share of both, and we have lots of favorites. These cinnamon rolls are definitely in our top five, though. They make a great afternoon snack or quick morning meal. They’re so good and just packed with all the flavors we love about fall, making them the perfect sweet recipe to make this time of year.

This caramel apple cinnamon roll recipe is the perfect fall treat for breakfast, brunch, or an afternoon snack. It takes the soft, delicious bread that we love in our cinnamon rolls and combines it with a rich caramel apple filling – complete with real diced apples, by the way. It’s all rolled together and cut into the classic cinnamon roll swirl shape and then baked to perfection. To finish it off, we top it with more caramel to create the ooiest-gooiest, most decadent cinnamon rolls you’ve ever had.

We make these cinnamon rolls on a regular basis when the weather begins to cool off. We love enjoying them for breakfast or a snack when the weather is cold, gray, and dreary outside. They also make the perfect holiday treat on a wintery morning or as a delicious dessert for holiday get-togethers.

Although this recipe is completely from scratch, it doesn’t take that many ingredients to make it. They’re all very simple, and most of them are kitchen staples. In fact, we’d be willing to bet you have the majority of these ingredients in your kitchen already. Here’s what you’ll need.

For the Cinnamon Rolls

For the Caramel Apple Filling

**See the recipe card at the end of the post for quantities and cooking times.

This recipe is much easier than you might think it is. It’s mostly a matter of making dough and rolling it up around a filling. It actually comes together quite quickly to produce a finished product that looks like it took forever, even though you were in and out of the kitchen in a relatively short amount of time.

In a microwave-safe bowl, combine butter, milk, and water and microwave until warm and the butter is melted.

In a large stand mixer bowl, whisk the flour, sugar, dry milk, yeast, and salt together until well-combined.

Attach a dough hook to the mixer and pour the warm liquid mixture into the dry ingredients. Using the dough hook, knead the ingredients until they form a soft dough ball. Cover the bowl and let the dough rest for 15 minutes.

In a small bowl, combine the brown sugar, cinnamon, and ground nutmeg, mixing until well-combined.

Peel, core, and dice the Granny Smith apples into 1/4″ pieces.

On a floured surface, roll out the dough into a 10×14 rectangle. Then spread softened butter over the dough. Sprinkle the brown sugar mixture in an even layer over the butter.

Then, top the mixture with diced apples and drizzle it all with caramel sauce.

Step 7: Roll Up the Cinnamon Rolls

Starting with one of the long sides, roll up the cinnamon roll dough into a tube and slice into 12 individual cinnamon rolls.

Place the caramel apple cinnamon rolls onto a prepared baking dish and bake. Drizzle the baked cinnamon rolls with caramel sauce, let cool for about 10 minutes, and enjoy!

Hint: We highly recommend you use a stand mixer or at least a hand mixer. Mixing this dough by hand will wear you out.

If you want to personalize this caramel apple cinnamon roll recipe, we have some ideas that you might like.

Pecans – For even more flavor and a nice bit of crunch, add pecans to the filling mixture before rolling up the cinnamon rolls. You can also top the finished cinnamon rolls with toasted pecans.

Buttercream Frosting – Go whole hog on the sweetness and make up a batch of buttercream frosting. Don’t frost the cinnamon rolls, however. Use the frosting as a dip!

This is a fairly simple recipe, but there are a few things you can do to make it easier on yourself and make the final product even more delicious. These are simple tips, so be sure to give them a look.

Use a Mixer – Use a stand mixer if you have one. This dough requires a lot of mixing, and doing it by hand will be more of a workout than you’re probably interested in having.

Warm Water – It’s important that you warm up your liquid mixture as stated in the recipe. The heat of the liquid is what will wake up the yeast so it can make the dough rise.

Quality Caramel Sauce – Use a high-quality caramel sauce for this recipe. Look for brands that are real caramel sauce and not simply flavored sauces. Caramel plays a big part in this recipe, so you want it to be really good.

If you love cinnamon rolls, we have some fun recipes that we think you’ll love.

How long will these cinnamon rolls last?
These will keep in the refrigerator for about a week and in the freezer for about a month.

Why isn’t my dough rising?
This dough isn’t meant to rise all that much, but if your dough isn’t rising at all, it could be two things. First, your yeast could be too old. Old yeast is dead yeast, and dead yeast won’t work. Secondly, you might not have warmed up your water enough to activate the yeast.

Ready to get started? Then get out your ingredients and get going! This is an easy recipe, and it’s always a winner. Have it as a sweet breakfast or an afternoon snack, but just have it!

Remember, you can print this recipe for future use if you like.

MORE APPLE RECIPES YOU WILL LOVE:

This Caramel Apple Cinnamon Roll Recipe is an ooey-gooey taste of fall if ever there was one. Tender dough is swirled with a caramel apple cinnamon mixture and then topped with more caramel to create a deliciously sticky cinnamon roll recipe that will bring everyone back for more. 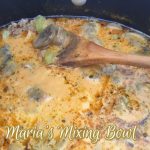 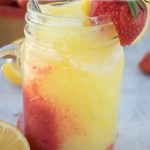 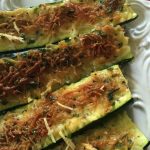 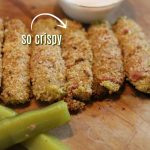 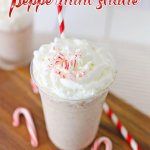