Cinnamon roll and apple pie collide to make the most easy delicious dessert treat! Cinnamon Apple Pie Cups are a tasty anytime of the day!

There are times when simple is best, especially when it comes to getting a quick fix of an old standard like apple pie. This Cinnamon apple pie cups recipe delivers the flavor you crave in a tasty morsel that’s just the right size to satisfy that taste for apple cinnamon goodness. The secret is in the Cinnamon dough cup that perfectly nests the apple pie filling.

These little Apple Pie cups are so good, you’ll want to devour the whole pan!  They are seriously good, and who doesn’t love apple pie and cinnamon rolls?

The rolls make a wonderfully crisp little cup with the gooey pie filling, and then the icing on top gives it a sweet burst that just melts in your mouth.  You are going to love this recipe, because it’s so simple, and sure to be a favorite!

The best things come in cup form. Any dessert or breakfast item becomes significantly better when you can produce it in cup form. Pies especially make good cups. Something about the ratio of the filling to the crust makes them even more agreeable.

We love that with a cup, you can just pick it up and eat it without the aid of utensils or a plate of any kind. You can eat it single-handed on the go which is very desirable if you snack during fencing lessons, but that’s only one example out of many possible examples of why this is important.

During the holidays snacking is inevitable and we love having go-to items that I can pick up and eat throughout the season. These Cinnamon Apple Pie Cups are just the thing to meet that craving for a mid-morning or late afternoon snack.

We like to have a couple of them with a cup of coffee for breakfast or enjoy one as a light dessert after dinner. The most important thing is that whenever I want one, I get to just go take one without all the effort of cutting a slice and getting out a plate and a fork.

The combination of apple and cinnamon has got to be one of the top flavor matches. It’s common for a reason. It’s that good. The flavor of apple and cinnamon goes a long way any time of the year, but it means more to me during the winter months because that is the time that we most associate with baking warm apple pies. But we love these pies so much we make them all year long!

The satisfying taste of apples and cinnamon together gives a well-rounded deeply enjoyable burst of flavorful sweetness and spice. It’s one of the best things you can pair with a cup of medium roast coffee and it’s also excellent with spiced herbal teas.

If you are feeling adventurous you can chop up leftover Cinnabon apple pie cups and mix them into a big bowl of vanilla ice cream for a big treat. Drizzle it with caramel and add whipped cream and chopped pecans for best results.

We think the best recipes are the easiest. Sometimes the simplest recipes can bring you the most pleasure. and those are the ones family and friends gravitate to.

We love this easy and super delicious 2 ingredient apple pie cup recipe. It is perfect as a last minute recipe for company for dessert and for breakfast too. We always have the ingredients on hand so that is never an issue.

This recipe is super easy and super time saving on purpose. There is no reason you can’t just buy the two basic ingredients, toss them together, and enjoy. As easy as this recipe for cinnamon apple pie cups is, however, you can make it more complicated and potentially more customized if you take the reins on making the pie filling and the cinnamon roll dough yourself.

When you make your own homemade apple pie filling, one of the benefits is that you get to choose the apples. You can even blend them. With so many apple consistencies and flavors ranging from very sweet to very tart, it’s an exciting approach to backing this familiar snack. The best apples for pie are crisp and firm like Granny Smiths and Honey Crisps. Jonagolds and Braeburns are good too. These apples also range from tart granny smiths to sweet Braeburn with the others somewhere in the middle.

To make a good homemade pie filling all you need to do is peel and slice your apples. Then boil them in water with sugar and cinnamon until tender. Then thicken the mixture up with a little corn starch. This little bit of extra work will add more of a personal touch to your Cinnabon apple pie cups.

It won’t be Cinnabon magic, but you can make your own dough at home, too. Of the two options for homemade customization, I would say to make the pie filling and buy the cans of Cinnabon, but you can just as well make dough of your own. Just heat some milk water and butter until the butter is melted and pour the mix into a bowl of flour sugar salt and instant yeast. Then add one egg and knead the dough with a stand mixer.

For the filling, simply spread butter over a flat sheet of dough and dust it with cinnamon and sugar. Then just roll it up and cut it into pieces for this recipe. Ideally, you should let them sit for about an hour and a half of rising time before you use them for the recipe.

There is no shame in taking the easy way. As I mentioned before, one of the purposes of this recipe is how easy it is to make. There is a lot of value in the fact that the two main ingredients are already prepared. All you need to do is allow time for the oven to preheat and do a few minor tasks to shape everything up just right.

If you already have apple pie filling in your pantry, that’s even better. This is a wonderful use for apple pie filling if you are pretty sure you won’t be baking a pie. Although all of these options are fairly easy, I recommend you choose this option and take the win. 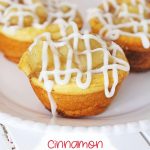 Cinnamon roll and apple pie collide to make the most easy delicious dessert treat! Cinnamon Apple Pie Cups are a tasty anytime of the day! 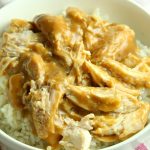 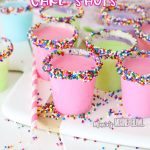 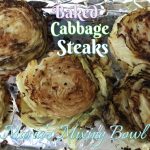 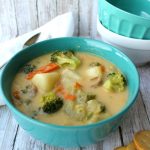 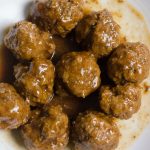 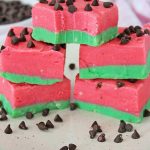